This high quality vintage Bane coat will give you a classic look, just as it gave Tom Hardy in the Movie "The Dark Knight Rises" who wore a similar jacket. The jacket with great fitting is fashionably designed and it is made of genuine leather; lined with artificial Shear material. These body-friendly materials make very comfort to be worn for warmth during winter season. It is a “must have” jacket which features full button closure, four outer pockets (two on the chest and two close to the waist) and two inner pockets. This Bane coat will make a perfect addition to your wardrobe or a and nice gift for a Tom Hardy fan. 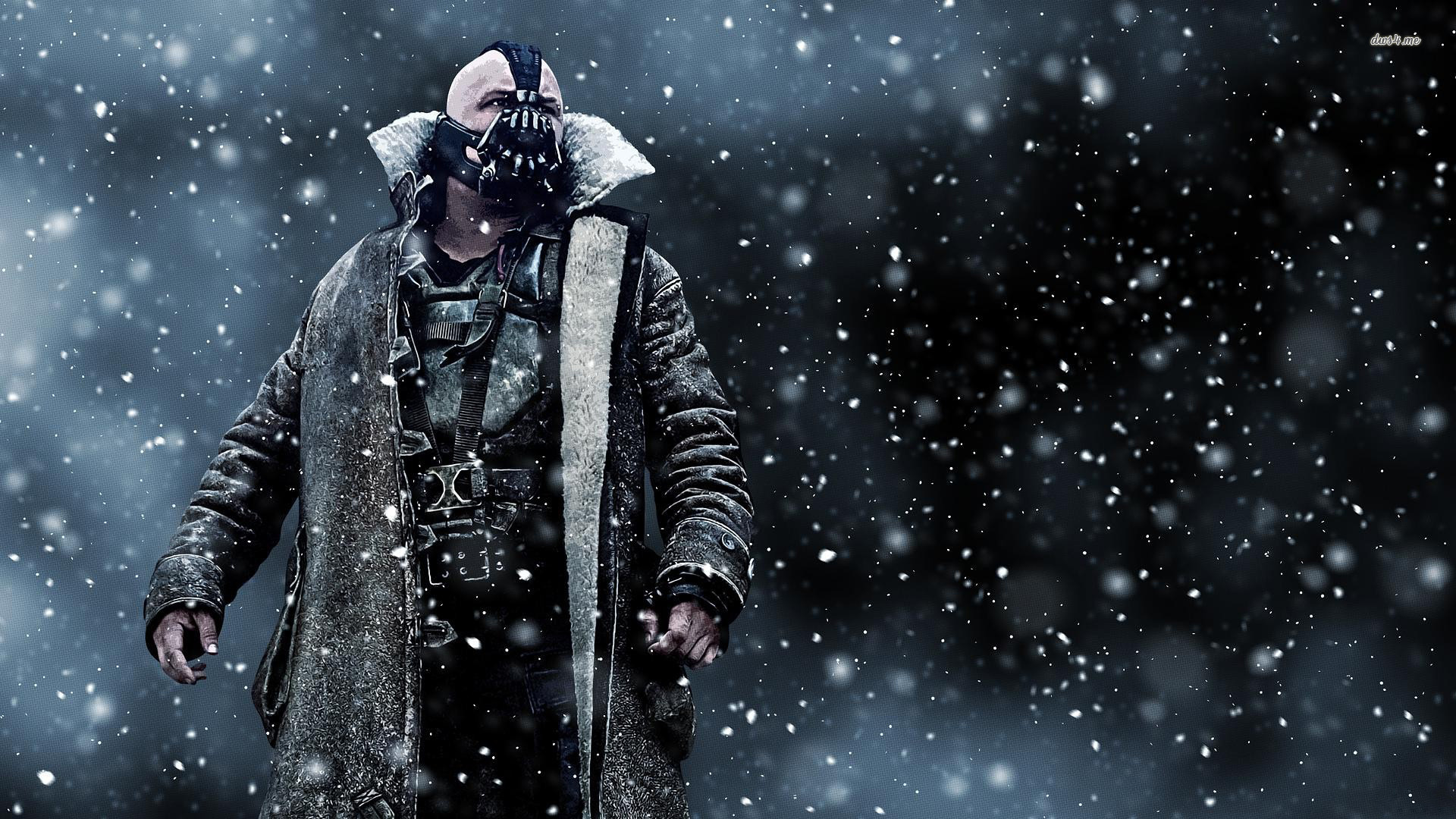 Fans everywhere anticipated The Dark Knight Rises’ arrival on the silver screen. With a strong character base and a phenomenal storyline, it really is no shock that the movie did so amazingly well. One of those strong characters within the story was a villain named Bane, portrayed by Tom Hardy. Bane is a definite force to be reckoned with.Having been described as a terrorist in his thoughts and actions, Bane is this huge, gorilla-like, ball of badness. His fighting style can best be described as brutal and there is no mistaking that this guy does not fight for fun, but for pure, wicked carnage. His overall style is full-force and downright nasty. His costume perfectly conveys all the previously mentioned traits and then some. As the leader of a massive terrorist organization, he is, in fact, a full-blown political avenger, true mercenary scavenger, and the ultimate revolutionary leader of terror. From the strangeness of his voice behind the mask, to his unforgiving battle style, fans everywhere immediately took an extreme interest in his character.Who would have thought that such a wicked villain would soon become a fashion icon? Again, and again, people were searching high and low for a “Bane coat” just like the military style trench worn in the movie. Most of us must admit, there’s a part of us that longs to be a little evil from time to time, and honestly, evil had never looked so good. The Dark Knight Rises Jacket seems to have taken the world by storm over the past couple years and indeed; this is not your ordinary, run of the mill jacket. The leather shearling Dark Knight Rises jacket worn by Bane is of a military trench style, with ample pockets in front, lined with shearling, while featuring a somewhat oversized collar.Costume designer Lindy Hemming, who created the original jacket for the movie, stated that when designing the Bane jacket, she was looking for something that projected the fact that Bane was a man who had travelled the world, while incorporating his lust for scavenging military surplus. Ultimately, Hemming based her creation off a Swedish army sheepskin arctic coat combined with a French revolutionary military greatcoat. This perfect combination was completely stunning, rugged looking, with just the right details to captivate and command attention. It’s no wonder this style of jacket is so desirable!Just as brutal as Bane was in The Dark Knight Rises, the Tom Hardy trench coat conveys the same appearance of brute force, strength, and lasting durability. The detailed shearling lining within the jacket also delivers the kind of warmth you would expect necessary for a rugged, world traveller. Most importantly, the Dark Knight Rises jacket was created for a strong, fierce character, and strong and fierce is precisely how anyone who dons this masterpiece of a coat will feel.
The Dark Knight Rises - Bane Stadium Speech