Let us design your jacket, try our Custom Jacket Service

Tom Cruise, Arnold Schwarzenegger, Leonardo Dicaprio, Dwayne Johnson and Ryan Gosling to name a few, the list goes on, are a few of many of the Hollywood celebrities who wore leather jackets in many movies to show their taste for fashion. These celebrity jackets later created iconic sensations in the fashion industry and became famous movie staples everyone wanted to own.

Due to the influence of Hollywood movies, many people have bomber and biker jackets in their wardrobes. If you're a movie aficionado and you would want to add a perfect leather jacket to your wardrobe, here is the list of jackets to try. The list consists of the top 15 all-time favourite Hollywood celebrity leather jackets. 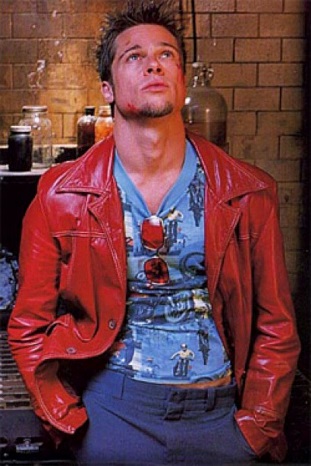 The form and content of the 1999 Fight Club movie merged seamlessly and introduced Brad Pitt's iconic red leather jacket. The comedy has many startling and provocative ideas. You will find nearly everything in this movie funny. Nevertheless, far from funny was Tyler's Red Leather Jacket. Cool, classic and cheeky, will surely grab your attention.

The jacket made of beautiful red leather captures the character of Tyler and the jumpy feel of this film. Apart from its blood-red colour, the oversized jacket features peaked lapels. It will definitely remind you of the late 1990s.

Besides, it is stylish and playful colour, ts dark rebellious edge made it a good choice for the bold character. 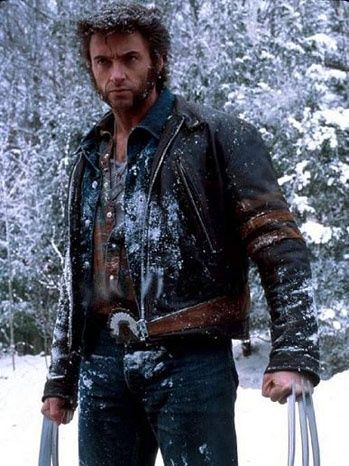 X-Men Origins released in 2009, details the childhood of Wolverine. It further details his time with Team X and his skeleton bonding with the adamantium metal. Who can forget the memorable scene when he emerges from the water tank?! You might have read the same stories in the X-Men Origins comic books.

In the Hollywood movie, Wolverine takes many unique looks however, the brown Wolverine jacket he wore makes an iconic and unforgettable look for his character. The non-combatant clothing choice subtly down plays his super power and strength along with his unkempt appearance, and reflect Wolverine's rugged fundamental feel. This brown jacket boasts tan tiger stripes, which contribute to the animalistic feel and look of the character. 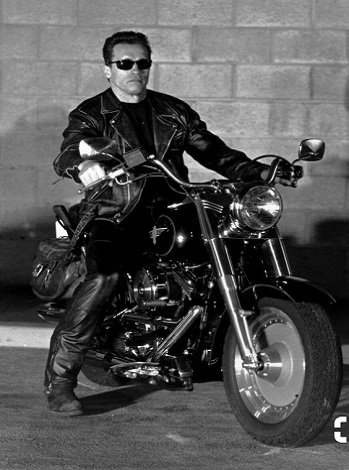 The Terminator (1984) is among the highest selling movies of all time. You do not have to watch the whole movie to spot a timeless fashion piece. At the opening of this movie, Arnold Schwarzenegger appears in a black leather jacket fit for his macho human-machine hybrid character, and hero written all over it.

Perhaps, the designers chose this jacket because it is synonymous with Schwarzenegger's cool and solid attitude. To complete his badass appearance, Schwarzenegger wore black sunglasses too. This zip-up black leather jacket has remained a favourite of many movie lovers. 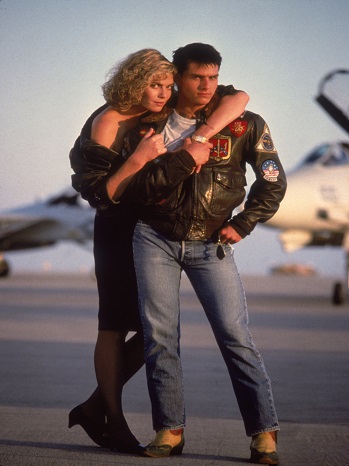 The popularity of military-style leather jackets has been growing rapidly since the release of this blockbuster. You might agree that Maverick's Military Leather Jacket is the most iconic all-time military leather jacket on screen to date. The jacket features a large pitch reading "Far East Cruise 63-4, USS Galveston." It commemorates the tour of US real-life battleships to Taiwan, Japan, and the Western Pacific.

It is fitting that it displayed the Taiwanese, Japanese, UN, and US flags. For that reason, it became an important fashion piece in the 1980s and it still makes an impression today. This jacket has many patches, badges, and a shearling collar. It helped Maverick and the Top Gun movie stand as timeless icons. 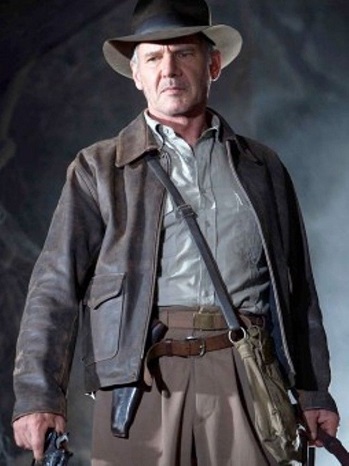 “Raiders of The Lost Ark” is another all-time super hit movie. The Hollywood movie is based on an Adventurous story and it was released in the year 1981. After its release, the movie helped set many new trends in the fashion industry. One of the unique fashion pieces it helped introduce to the industry was the Raiders of The Lost Ark Indiana Jones Leather Jacket. The leather jacket gave Harrison Ford a stunning rough and ready appearance. Critics claim that the leather jacket was a bad choice but it has stood as a memorable fashion piece of the Indiana jones movies. 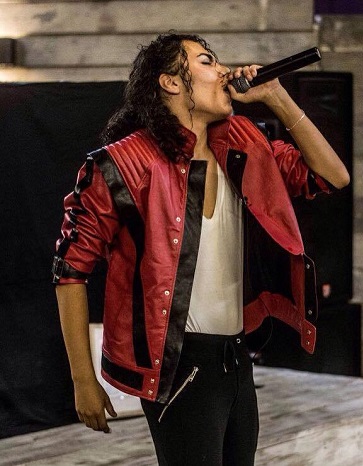 Released in the year 1983, Michael Jackson's "Thriller" has remained a popular music video. In this horror music video, Michael Jackson wears a bright red leather jacket, the Michael Jacksons Thriller Leather Jacket. Apart from its red colour, the jacket featured zipper detail along with a black strip details and famous power shoulders which were so popular in the 80s.

It helped Michael Jackson develop one of his memorable looks which introduced his edgy king of pop persona. Recently, this MJ jacket was sold at an auction for $1.8 million! 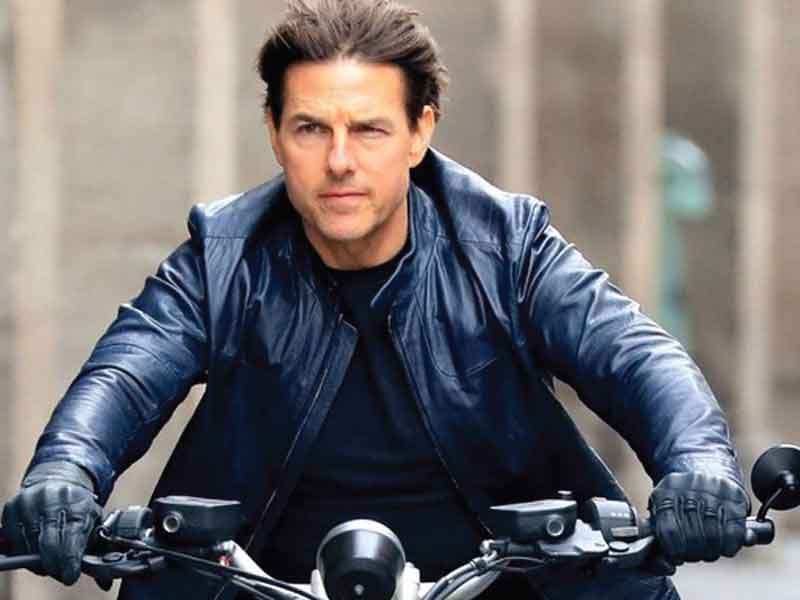 Hollywood industry has many versatile stars and actors. Most of the stars are considered the ideals of attractiveness. Tom Cruise never misses in the list of admired Hollywood stars. Many people love him for the style statements that he has set and others for his endless classic movies.

The Mission Impossible Tom Cruise Leather Blazer is among the iconic leather jackets that should hit your mind each time someone mentions his name. This jacket is comforting, easy to wear, and ideal for people of all ages. Transform into Ethan hunt with this jacket and anything will be possible. 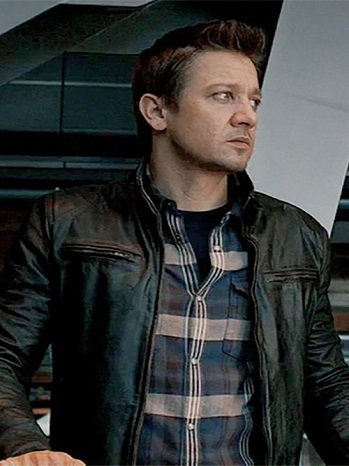 If you watched the 2012 The Bourne Legacy series, one of the things that might have caught your attention is Jeremy Renner's jacket. In fact, most fans of this series just had to buy a similar jacket, especially the biker guys. The Bourne Legacy Jeremy Renner's Leather Jacket has remained an iconic fashion piece. You might just need to buy one too. With its soft yet durable leather and functioning zip details, how can you say no? 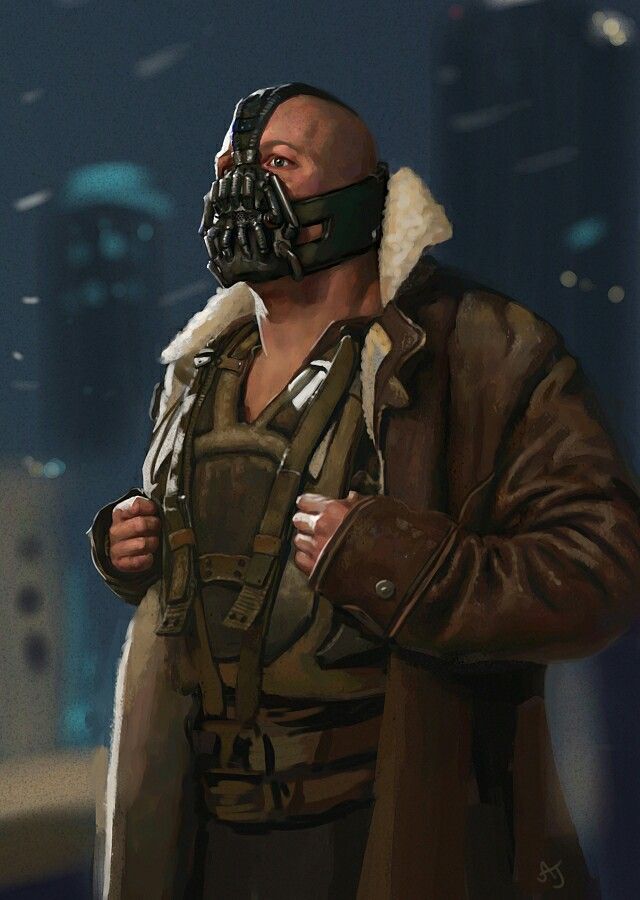 One of our personal favourites is the epic Bane coat worn by the extraordinary actor Tom Hardy in the Batman movies Dark Knight. This epic coat fit the character seamlessly and completed his look to perfection. Made by us in various options, real and faux leather and different shades, as an iconic villain this coat can complete any fashionistas wardrobe. Both stylish and practical it will sure enough turn admirable heads.

Another one of our bestsellers is the Negan jacket. A classic style worn by Jeffrey Dean Morgan in the hit series The Walking Dead. Complete with the classic biker style to the front. Made with fine quality imitation leather, any fan of the show must acquire this staple piece as a part of their wardrobe. Introduced in season 7 of 'The Walking Dead' any viewer will know how much of a villainous impact this piece has to the plot of the show. 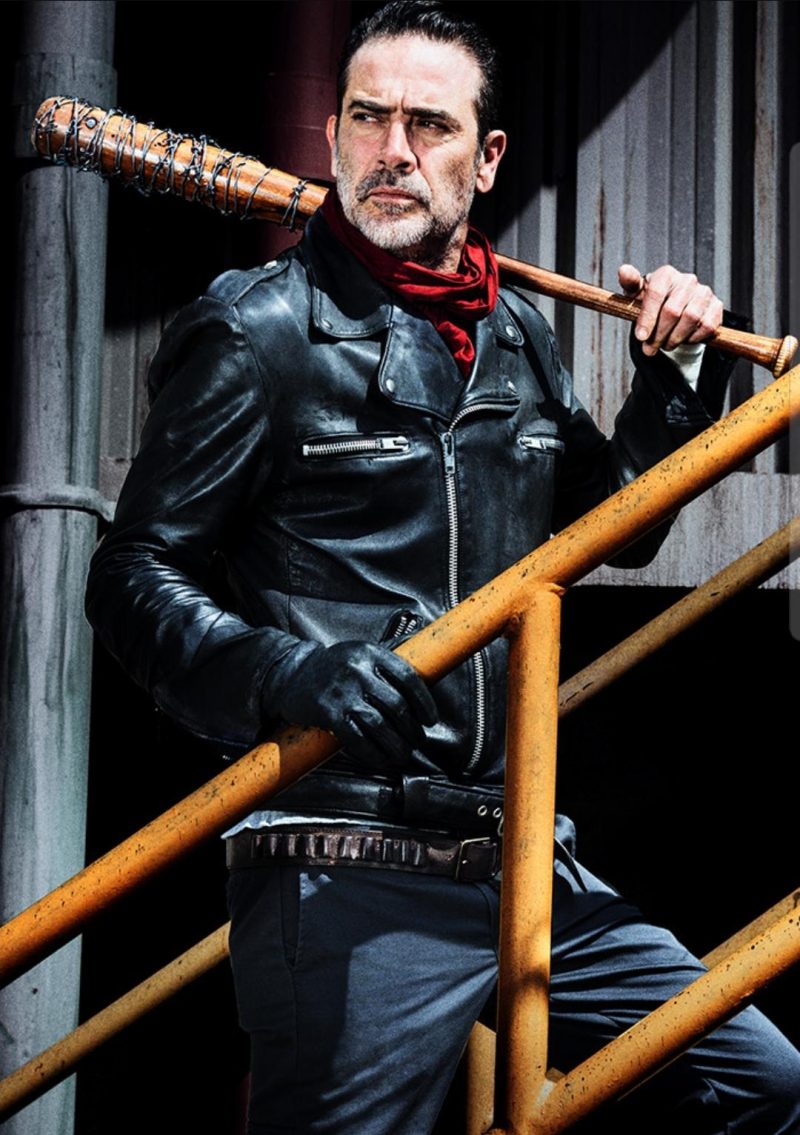 Types of Leather and Their Care